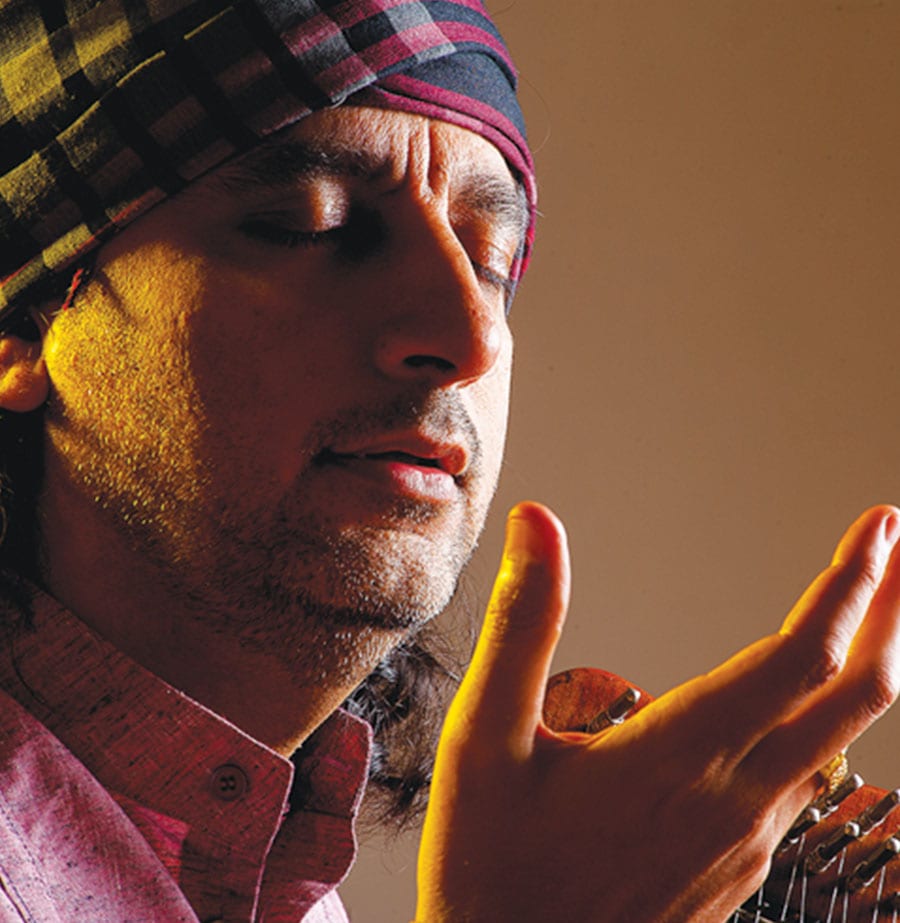 Manish Vyas, composer, multi-instrumentalist and singer from India, has emerged as a unique phenomenon in the world of fusion and devotional music. He grew up in a family of musicians and studied music with some of the most recognized pandits in India. From a young age, he followed a path deeply marked by two spiritual masters, Osho and Gurudev, who had an amazing impact in his life. Manish Vyas has a broad musical palette: his distinctive voice, santoor and tanpura (string instruments), swarmandal (Indian harp), tabla and keyboards. His compositions have deep Indian musical roots while also embracing a wide diversity of other expressions – folk, classical, kirtan, Sufi, jazz, and lounge – the result of decades of dedicated practice, performance and meditation. Manish is constantly reinventing musical forms with his endless creativity, delivering a lovingly and carefully sculptured product to a highly receptive audience, in which each sound has been selected to promote extraordinary awareness. 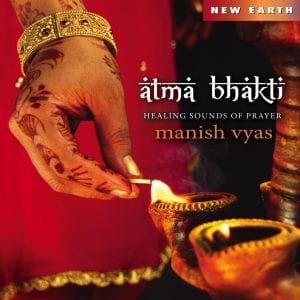 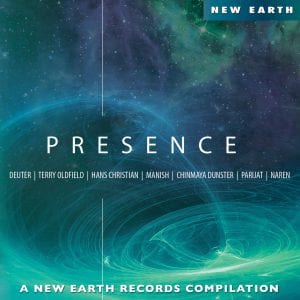 These events have shaped his musical path, characterizing it by a deep genuine knowledge of Indian music and its true nature, as well as an awareness of the outer music as a re-creation of one’s inner sounds and vibrations… all this conveying a deeper feeling that cannot be described – but can be heard and felt.

Manish grew up in a family of musicians, spending his childhood around an atmosphere of family, friends, dance, meditation, and music gatherings; Manish was exposed to the world of music through an organic integration into his life. Perceiving an intrinsic talent, his mother encouraged nine-year-old Manish’s interest in tabla (an Indian percussion instrument), which commenced his life-long journey in crafting music.

As a disciple to some of India’s most recognized musicians, Manish came to understand that his musical gift alone would not gain the most subtle access to the listener – it is the intention behind the music, the idea of merging the world of music with the divine, that conveys a deeper and more touching feeling. He knows well he owes this to the immense blessing of having spent most of his life around the brilliant energy of two living masters, Osho and Whosoever, whose dynamisms are mysteriously absorbed and reflected in his music.

During the last fifteen to twenty years, his musical reach​ has expanded worldwide. Through Manish’s work on albums and performances around the globe, he had the chance to collaborate with a wide range of performers. His musical path has brought him numerous opportunities to compose for top musicians and to tour with them globally– through these encounters, his musical path expanded in a very rewarding way.

One of Manish’s most illustrious projects was his over fifteen-year collaboration with Prem Joshua [world famous fusion maestro] touring through Europe, America, India and Asia; in another phase of world travels he joined Snatam Kaur. As a composer, his ostensibly most notable contribution is to mantra-queen Deva Premal, as he is featured in many of her recordings. Manish’s remarkable musical abilities have brought him to the eye of world-renowned celebrities in the music field, like having the opportunity to participate in Sir Paul McCartney’s 2002 wedding as part of the Celtic Ragas band.

Manish’s musical talents place him as a vanguard of a new generation of artists, of whom have experienced an intimate connection with their guru and have a high connection to the modern world. Manish has said that love, meditation, celebration, silence, and nature are his personal inspirations to create music; New Earth Records is delighted to welcome Manish to our community of artists.